Klaus Mondl has been working for SALZER INDUSTRIE SERVICE since 2011. During this time, he was able to gain extensive experience, especially in the field of external maintenance. With this knowledge, he will now take over the responsible task of team leader maintenance for the paper machine of SALZER PAPIER and thus follows in the big footsteps of Mr. T. Sumetsberger.

Now he has the master title for metal technology, metal and mechanical engineering! We congratulate very warmly!

At the ceremonial awarding of the master craftsman’s certificate by the Vienna Guild in April 2022, our colleague Klaus Mondl was also allowed to hammer a nail into the so-called “stick in the iron”. This tradition goes back to the 70s. The legendary original is located at the “Stock im Eisen-Platz” at St. Stephen’s Cathedral in Vienna. 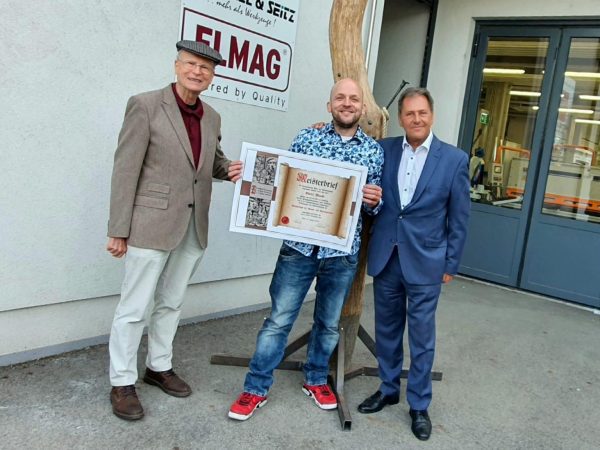 When the master craftsman’s diploma is awarded, since the 1970s graduates have been allowed to hammer a nail into the so-called “stick in the iron”. A tree trunk that serves only for this purpose. The legendary original stands near St. Stephen’s Cathedral on Stock-im-Eisen-Platz. 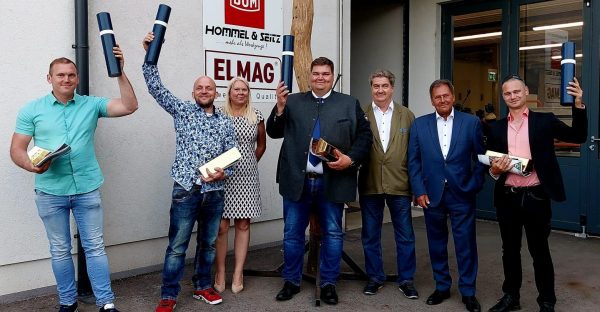 Our site uses cookies for various purposes, some of which are set by third-party partners (Google, Vimeo, YouTube). You can agree to the use of these cookies directly here or make a personal selection in advance. Consents for cookies can also be revoked later at any time via the relevant link in the footer. Cookies that are absolutely necessary for the functionality of the site cannot be deactivated, but of course we do not store any personal data in them. Details can be found in our privacy policy. This banner can be temporarily hidden by clicking on the 'x' in the upper right margin.

Check the cookie settings used on this domain and its subdomains, and adjust them according to your needs.

These cookies are absolutely necessary for the operation of the website and cannot be disabled. Personal data is not collected with them.

These are cookies that enable, for example, the embedding of Google Maps, but also spam protection for contact forms.

These are cookies that enable the embedding of videos and social media feeds.